Lawyers who are regularly involved in detailed assessment proceedings will be familiar with the way that the Senior Courts Costs Office and other courts deal with issues of disclosure and privilege. For those less familiar with it, I start by describing the typical practice, before moving on to a round-up of recent caselaw which I hope will be of general interest. 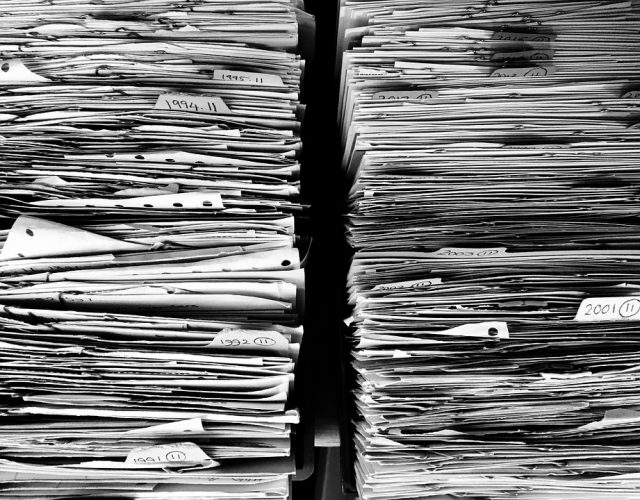 The Courts do not normally follow the process of disclosure provided for by the CPR, pursuant to which all documents relevant to the issues must be disclosed. Instead, matters are usually resolved according to the principles of “election”, which follows the long established Pamplin procedure. This derives its name from the decision of Hobhouse J, sitting with assessors, in Pamplin v Express Newspapers [1985] 1 WLR 689.

The issue most commonly arises, in inter partes assessments, in relation to retainer documents, where the paying party is seeking to challenge the validity of a retainer or to raise a dispute about its terms (so that, under the indemnity principle, it can take advantage of any reduction in the liability of the receiving party to its lawyers).

Guidance encourages the receiving party to disclose a redacted copy of its CFA (Hollins v Russell [2003] EWCA Civ 708, at para 220), but many resist doing so, on the basis of privilege.

The starting point is that the court should not go behind the Certificate on the Bill signed by the receiving party’s lawyer, as there is a presumption of trust afforded to that signature: see Bailey v IBC Vehicles Ltd [1998] 3 AER 570.

In Hazlett v Sefton MBC [2001] 1 Costs LR 89 the Court of Appeal was concerned with criminal proceedings, but the principles have been applied to civil proceedings as well. The Court noted that there is normally a presumption that the receiving party will be personally liable for his solicitor’s costs and it should not normally be necessary for him to have to adduce evidence to that effect. However, he would not be entitled to rely on the presumption if a “genuine issue” is raised by the paying party as to whether the receiving party has properly incurred costs. The case confirms, but practitioners often overlook, that merely putting the paying party to proof is not sufficient to give rise to a genuine issue.

Where the receiving party has been represented under a CFA there is normally a greater prospect of raising a genuine issue, because the technical requirements for a CFA may throw up different possibilities for credibly challenging its validity, as in Hollins v Russell. Common issues relate to the hourly rates specified, whether the definition of success is satisfied, whether the scope of the CFA covers the proceedings in question, and whether there has been compliance with consumer regulations.

If the Court is satisfied that a genuine issue has been raised, the Pamplin procedure is followed. The ultimate outcome may be that the receiving party is put to his election; he thus has to choose between (i) waiving privilege and disclosing the document to the paying party, so that he can rely on it to prove his entitlement, and (ii) declining to waive privilege and disclose it, in which case he has to prove his entitlement to costs without being able to rely on it.

However, there are various intermediate steps which are usually considered before the court reaches the stage of putting the receiving party to its election: for instance:

(a)      the receiving party may ask the judge alone to look at the document to determine that in fact there is no issue, and if he is so satisfied, the paying party has to take that on trust from the judge and does not get to see the document;

(b)     the court or the receiving party may be allowed to read aloud a relevant part of the document, so that the paying party hears what that part says, and can make submissions on it, but without getting to see, or hear, the rest of the document;

(c)      a redacted version of the document may be disclosed, so that only the part relevant to the issue raised may be viewed.

The standard form of directions order in detailed assessment proceedings (Appendix 8 to the SCCO Guide) does not make any provision for disclosure or inspection. However, it is quite common to include a provision by which the client’s costs lawyer is afforded the facility to attend the solicitor’s office to inspect the files (and in the Hanley case referred to below, Master James notes that an order for inspection is likely to be made).

Sometimes a solicitor’s firm asserts a lien for unpaid fees over its papers. I have found that the Court does not generally allow a lien to get in the way of the client being permitted to inspect the papers, but I would be interested to hear of any other readers’ experiences in that regard.

Three recent cases have considered how documentation is dealt with solicitor-client assessments.

In Hanley v JC & A Solicitors, LTL 02.01.2018 the client sought in Part 8 proceedings an order for delivery of the solicitor’s file (of both the parts over which he had proprietary rights, and of those over which he did not), pursuant to s68 Solicitors Act 1974, the inherent jurisdiction of the court, and/or s7(9) Data Protection Act 1998 (although in the event, the claim under the DPA was not pursued).

Master James indicated that courts are receiving a large and increasing number of these types of claims, often sharing the same features. The increase was said to have been caused by a new business model by which new lawyers sought to challenge the deduction by previous solicitors from their client’s damages of a success fee under a post-LASPO CFA.

The client argued that the underlined words (my underlining) give the court the power to order something other than delivery up, in this case the provision of copies of documents (subject to payment by the client for the copies).

The Law Society’s Practice Note “Who owns the file”, was referred to by Master James, noting that although not legally binding, it is widely publicised as reflecting the current position. This maintains the line that (as long as the solicitor is acting as a professional adviser rather than as an agent) there are many papers on a solicitor’s file which belong to the solicitor and do not need to be handed over to the client, including: documents prepared for the firm’s own benefit or protection; copies of the firm’s internal correspondence; correspondence by the client to the solicitor; accounting records.

Master James held that there was no basis for changing the status quo. She expressed concern that to do so would be to open the floodgates for satellite litigation.

Green v SGI legal LLP, LTL 18.12.2017, was a decision by Master Leonard on a similar application by the former client of a firm of solicitors for delivery of copies of certain categories of documents belonging to the firm, in return for the reasonable costs of providing them.

In dismissing the application, Master Leonard held that it was for the client to prove that it is entitled, as of right, to receive copies of the solicitor’s property. Where the client no longer held documents which the solicitor had previously supplied to it, such as correspondence from the solicitor to the client, the solicitor was not required to provide further copies.

Master Leonard noted that if the client could get the documents by an order for delivery as of right, this would circumvent the requirements that he would otherwise need to satisfy on an application for pre-action disclosure.

In the third recent case, which is unreported, I acted for a solicitor’s firm where, in a solicitor client assessment, an issue was the validity of an assignment of a CFA. The client made an application for specific disclosure of advice from counsel in relation to assignments, which the firm had referred to receiving. The firm argued that the advice was not relevant, since the court would have to make its own determination of the validity of the assignment and it did not matter what counsel’s views had been. The firm also asserted that advice obtained for its own benefit was covered by legal professional privilege. In the SCCO at first instance, and on appeal before Warby J, sitting with an assessor, the application for specific disclosure was rejected, on both grounds.

These are perhaps noteworthy points of the case:

(1)     although disclosure applications are not the norm in detailed assessments, there seemed to be no reason in principle why an application for specific disclosure could not be made. CPR 31.1(2) states that Part 31, dealing with disclosure, applies to all claims except on the small claims track. In the Green case above, Master Leonard referred to the possibility of a pre-action disclosure application in support of a challenge to solicitors’ fees;

(2)     the client’s case focused on the fiduciary relationship between the solicitor and the client, arguing that the solicitor came under a duty to disclose any information relevant to the client’s decision whether to enter into the transaction. The court held that whilst that might apply to factual information, it did not extend to legal advice which the solicitor had obtained for its own benefit;

previous
Disputo ergo sum: I submit therefore I am

next
Legal costs and cashflow: payments on account of costs