Riaz v Ashwood: the latest decision in a cluster of applications by clients seeking disclosure of their former solicitors’ file.

Master James has noted that courts are receiving a large and increasing number of these types of claims; the increase was attributed to a new business model by which new lawyers seek to challenge the deduction by previous solicitors from their client’s damages of a success fee under a post-LASPO CFA. 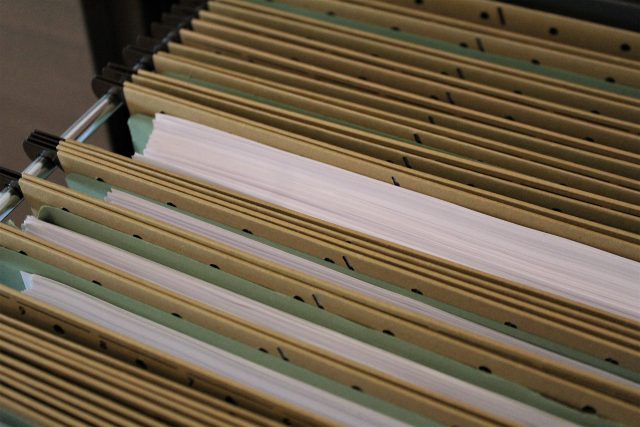 A number of SCCO decisions in this situation have now been reported in the last 4 months: all the reports appear on the SCCO’s website for December 2017 to March 2018.

In Hanley v JC & A Solicitors, a solicitor’s former client brought Part 8 proceedings seeking an order for delivery of the solicitor’s file. In Hanley, the client argued that these words give the court the power to order something other than delivery up, in this case the provision of copies of documents (subject to payment by the client for the copies). Master James referred to the Law Society’s Practice Note “Who owns the file”, which maintains the line that (as long as the solicitor is acting as a professional adviser rather than as an agent) there are many papers on a solicitor’s file which belong to the solicitor and do not need to be handed over to the client, including: documents prepared for the firm’s own benefit or protection; copies of the firm’s internal correspondence; correspondence by the client to the solicitor; accounting records.

Master James held that there was no basis for changing the status quo. She expressed concern that to do so would be to open the floodgates for satellite litigation.

In Green v SGI legal LLP, Master Leonard rued on an application by the client for delivery of copies of certain categories of documents belonging to the firm, in return for the reasonable costs of providing them.

In dismissing the application, he held that it was for the client to prove that it is entitled, as of right, to receive copies of the solicitor’s property. Where the client no longer held documents which the solicitor had previously supplied to it, such as correspondence from the solicitor to the client, the solicitor was not required to provide further copies.

Master Leonard noted that if the client could get the documents by an order for delivery as of right, this would circumvent the requirements that he would otherwise need to satisfy on an application for pre-action disclosure.

A decision which at first sight appears to buck the trend is that of Master Brown in Swain v J C & A Ltd. The client sought production of a letter to the ATE insurance provider referred to in a bill. In addition, whilst copies of part of the CFA had been disclosed, the Claimant sought disclosure of four schedules to the CFA which were said to have been withheld.

In granting the application, Master Brown noted that:

(a)        there was no dispute that the Court would have the power to order the inspection of copies of the relevant documentation in proceedings for an assessment under section 70 of the 1974 Act;

(b)       it appeared clear from section 68 that such a power was exercisable prior to the issue of any proceedings for an assessment;

(c)        he would expect many clients to assume that if they were to lose or mislay the papers for any reason their solicitor would provide them copies on request;

(e)       on the facts, there was a particular need to consider the status of the fee earner and the rates that were agreed for the fee earners;

(f)        in Ralph Hume Garry v Gwillim [2002] EWCA Civ 1500 the Court of Appeal considered whether a bill was to be regarded as a statute bill; the bill had to provide sufficient information, having regard to the information in the possession of the client, to enable him to take advice  on taxation; applying the same considerations, the information requested was necessary for the client to take advice;

(h)       it was agreed by the parties that the Claimant had an entitlement to delivery up of a full copy of the original CFA, including schedules, if it had not already been provided to him in signed form; the evidence pointed to the solicitor not having returned a full signed copy of the CFA to the client.

In Riaz v Ashwood Solicitors, Master Leonard again had to consider an application for delivery up of a solicitor’s file. This time the client tried two new arguments:

(a)        that it would be appropriate for the court, in the exercise of its inherent jurisdiction over solicitors, to make an order for the delivery of the documents sought by the Claimant;

(b)       that the Defendant owes fiduciary duties to the Claimant, which should be taken into account when considering whether the court should exercise that inherent jurisdiction.

Both arguments were premised on the assertion that the solicitor had overcharged the client, which would be a breach of fiduciary duty: in particular it was said that an excessive success fee had been charged.

The application was dismissed by the Master for three reasons:

(a)       the court’s inherent jurisdiction over solicitors was to address cases where the conduct of the solicitor was not what it should be. The examples referred to in Assaubayev v Michael Wilson and Partners Ltd [2014] EWCA Civ 1491 made clear that it is a summary jurisdiction, to be exercised only in clear-cut cases. Here there was no, or no sufficient, evidence of any relevant conduct on the part of a solicitor: the evidence did not show that the succeed fee charged was excessive;

(b)       the client had not identified either a fiduciary duty which obliges a solicitor to supply to a client copies of documents which do not belong to the client, or a breach of any other fiduciary duty;

(c)        it would be inappropriate to exercise the inherent jurisdiction of the court to order, in effect, pre-action disclosure on the basis that the Claimant suspects overcharging by the Defendant: in this case (i) the criteria for pre-action disclosure set out by CPR 31.16 would not be met and (ii) the time limits for seeking a Solicitors Act assessment had expired some years ago.

In summary, the SCCO has continued to reject the increasingly creative attempts by clients to obtain delivery up of their solicitor’s files. Although Master Brown’s comments in Swain appeared to be more sympathetic to the position of the clients, it remains the case that their only measure of success has been where they have been able to point to genuine issues such as to hourly rates, in order to make a more focused application relating to CFA documentation.

previous
A costly slice of the cake? Litigation funders and security for costs