Here I discuss professional negligence limitation periods. Limitation should be one of the first things you discuss with your direct access barrister. You really do not want to find you have left it too late to bring your civil claim so that it is now time barred. 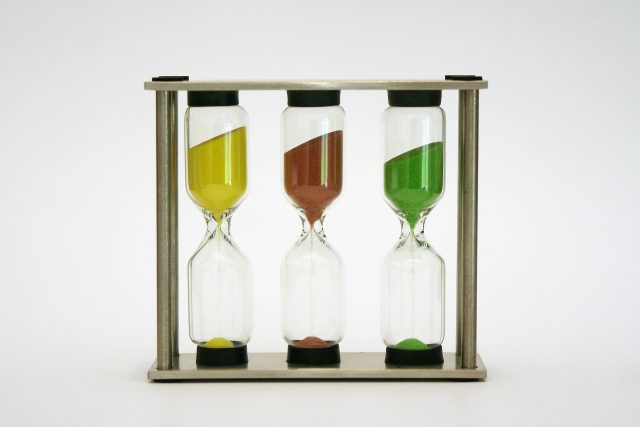 professional negligence limitation periods claims (and those for other civil claims) exist because the policy of the law is that a defendant should not be vexed by a stale claim, where evidence may no longer be available or memories less reliable. Different types of claim may have different limitation periods, but most are found in the Limitation Act 1980.

Once limitation has expired, the claim is said to be “time barred” or “statute barred” because that statute now prevents the claim being brought (actually, in strict legal analysis, the claim can still be brought if a defendant does not raise the defence of limitation, but defendants invariably do raise it).

Acting for defendants, I have often been able to strike out a professional claim on the basis that it is time barred. When acting for claimants, limitation will usually be the first thing that I consider, to ensure that limitation has not already expired or is not about to expire imminently. If you instruct a direct access barrister to bring a claim for you, it should be one of the first things you discuss and for that reason you will find it helpful in advance to make yourself a short note of key dates, such as when the professional acted for you, when the transaction you are complaining about was agreed, and when you first realised that something had gone wrong.

I will not try to cover here all the different professional negligence limitation periods. For instance, in claims by lenders (financial institutions such as banks and building societies) it is often necessary to consider claims for breach of fiduciary duty, breach of trust, or fraud. I will concentrate here on the most common types of claims brought by individuals or businesses (other than lenders) against professionals.

In most claims against professionals you will be alleging a breach of contract as well as negligence: they often come to much the same thing because most contracts by which a professional agrees to provide you with a service contains an implied term that the professional will act with reasonable care and skill, which is the same standard as the duty of care which gives rise to a claim in negligence.

There are some exceptions where a claim can only be brought in negligence and not for breach of contract, because there was no contractual relationship between the parties. Examples include:

For a claim in contract, the position is governed by section 5 of the Limitation Act 1980. The Claimant has 6 years to bring the claim from when “the cause of action accrued”. Here that means from when the breach of contract was committed. Often that date may be quite straightforward to identify: for example if an accountant gives you some negligent tax advice, it will be the date on which he gave the advice; if your solicitor made a mistake in the contract when you exchanged contracts to buy your house, it will be the date of exchange of contracts. Sometimes the date may be more difficult to ascertain, particularly where the breach of contract consists in an omission rather than a positive act: when should the action which was omitted have been carried out? The court may well say that it should have been carried out within a reasonable time, which it will decide: an example is where solicitors have failed to register an interest created by a conveyancing transaction – the courts have said that the solicitor should have effected registration within a reasonable time after the completion of the transaction.

The position for negligence claims is often more complicated. In the first place, there is also a 6 year limitation period, under section 2 of the Limitation Act 1980, which I refer to as the primary limitation period. However, the complicating factor here is that in this case the cause of action only accrues when the claimant sustains damage, which may or may not be the same date as the breach of duty. There is a lot of case law on this topic, but quite often the law takes the view that the damage occurred earlier than the claimant would expect, at the time when he entered into a transaction under which, only later, something went wrong: the law frequently takes the view that the claimant suffered damage at the time of entering into the “flawed transaction”. A good example is the case where the Claimant took out a policy of buildings insurance. Years later, the building burned down in a fire. The Claimant claimed on the insurance policy, but the insurer refused to pay the claim, only the basis that when the policy of insurance had been taken out, there had been material non-disclosures about the risk. The Claimant then sued the insurance brokers, who it said had been negligent in failing to disclose the relevant facts. The Court found that the claim was time barred because the damage had been suffered more than 6 years before the claim was issued: damage was not suffered when the building was destroyed by fire, but when the Claimant entered into the insurance policy: that was a flawed transaction because instead of getting a valid insurance policy, the Claimant obtained an insurance policy which the insurer had the right to avoid because of the material non-disclosure.

You will readily appreciate that this could lead to an unfair result where a claimant is completely unaware that something has gone wrong until after the primary limitation period has expired. To meet that problem, section 14A provides a secondary limitation period. Although it is for a shorter period of 3 years, crucially it only starts running from the date when the claimant had the relevant knowledge about the relevant facts, as defined. These include knowledge that he had suffered damage, knowledge of the identity of the defendant, and knowledge that the damage was attributable to the acts or omissions of the defendant. In professional negligence claims it is common for claimants to have to rely on section 14A, but if at all possible it is far better to rely on the primary limitation period because there are some risks with section 14A:

If section 14A cannot be relied upon, one last potential refuge for claimants is section 32(1)(b) of the Limitation Act 1980. This is not subject to the 15 year longstop in section 14B. It operates where the defendant has deliberately concealed a fact relevant to the claimant’s cause of action. That includes the situation where the defendant committed a deliberate breach of duty in circumstance where it was unlikely to be discovered. The time limit is then 6 years from when the claimants discovered, or could with reasonable diligence have discovered, the relevant facts. Needless to say, this is a pretty uncommon situation, and a court will need firm evidence if it is to make a serious finding that a professional has acted dishonestly or committed a deliberate breach of duty.

Other provision can apply, for example to persons under a disability (which in law includes those aged under 18).

There is a potential elephant trap here in professional negligence limitation periods. That arises because a personal injury claim is defined as one which includes a claim for mental or physical injury. Sometimes claimants feel, quite understandably, that the professional’s negligence has caused them additional anxiety. Inconvenience and worry is one thing, but what people loosely call “stress” is in fact a recognisable mental disorder, claiming damages for that amounts to making a personal injury claim. That has the effect that the whole claim is then subject to the 3 year limitation period in section 11, rather than the 6 year limitation period under sections 2 and 5.

The text above contains only a brief, simplified guide to just some of the issues relevant to professional negligence limitation periods. I often see cases where lawyers themselves have missed limitation period, which is a clear breach of duty: https://verycivilbarrister.co.uk/expert-evidence-lawyers-professional-negligence-claims. But hopefully the message is clear: do not delay investigating and, if appropriate, bringing a claim, because delay could be fatal; the issues are not straightforward and if in any doubt, consult a lawyer (including a direct access barrister) as soon as possible. Click here for information on how to instruct a direct access barrister https://verycivilbarrister.co.uk/direct-access