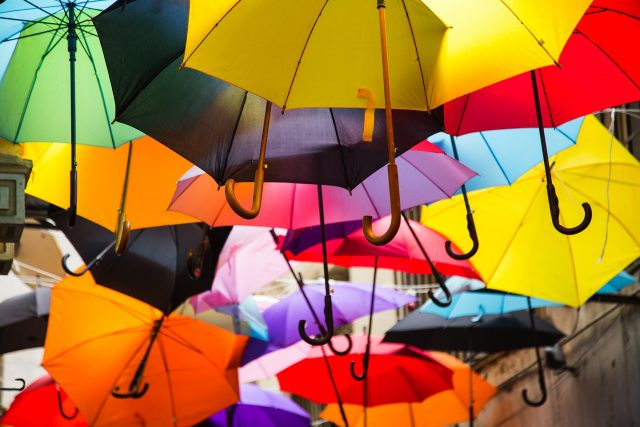 Here is my roundup of some recent cases on QOCS.

As everyone knows, that acronym is the accepted, if inelegant, term for Qualified One Way Costs Shifting, the measures in CPR 44.13 – 17 designed to afford some protection to personal injury claimants from the risk of an adverse costs order, as a quid pro quo for the changes introduced in April 2013 preventing recovery of an ATE premium from the opposing party.

What is part of the daily diet for personal injury lawyers may be less familiar fare for other commercial litigators, but it worth remembering that a professional negligence claim, for instance, can be classed as a personal injury claim if it includes a claim for damages for mental or physical injury:  Walkin v Manchester [1995] 1 WLR 1543. That is potentially a trap for the unwary claimant who tacks on a makeweight claim for stress to his claim against a professional, because as a personal injury claim, section 11 of the Limitation Act 1980 imposes a 3 year limitation period, rather than the more usual 6 year primary period under sections 2 and 5. If there is no limitation concern, there seems to be no reason in principle why such a claimant could not seek to take advantage of the benefit of QOCS protection. Indeed, I note that in the Jeffreys case discussed below, Morris J observed, at paragraph 34, that:

“CPR 44.13 has the effect of bringing within the scope of Qualified One-Way Cost Shifting, a wide range of proceedings, including proceedings where a claim for damages for personal injury plays a very minor and subsidiary part of the claims advanced.”

The game for defendants is of course to try to bring themselves within one of the exceptions to the protection in 44.15 and 16, where the claim has been struck out on specified bases, or the claim is found to have been fundamentally dishonest.

In relation to fundamental dishonesty, we have had for some time the decision of HHJ Moloney QC in the Cambridge County Court, Gosling v Halo, LTL 28/7/2014, which determined that to be considered “fundamental”, the dishonesty had to go to the root of the whole or a substantial part of the claim and not merely some collateral matter or some minor, self-contained head of damage.

In that case, the Claimant had put the overall value of his claim at around £80,000, half of which was general damages for pain, suffering and loss of amenity and half special damages, including £17,000 for future care, which depended on his evidence as to knee pain. He had dishonestly chosen to maintain that he was suffering from continuing pain requiring a crutch. Around half of the claim for general damages attributable to a knee injury would be linked to serious ongoing pain and lack of function. Dishonesty crucial to such a large part of the claim was sufficient to be characterised as fundamental.

In terms of procedure, HHJ Moloney QC noted that no authority had been cited to support the proposition that before any finding of dishonesty was made, a person had to be given the opportunity to be heard in oral evidence. It would depend on all the circumstances and would need to be considered in the context of proportionality. There would be some cases where the evidence was clear and overwhelming, but where the issue could only be justly determined by oral evidence and cross-examination, the court would have to consider whether it was proportionate to pursue that enquiry.

A number of county court authorities have applied this same test for fundamental dishonesty. A good example is the decision of HHJ Iain Hughes QC in Menary v Darnton LTL 30.01.17. He additionally stressed that it is the claim, not the claimant, which must be found to have been fundamentally dishonest. In that case, unsurprisingly, the claim had been dishonest where the alleged accident had not in fact occurred!

A new angle of attack has opened up for defendants with the decision of Morris J in Jeffreys v Commissioner of Police for the Metropolis [2017] EWHC 1505 (QB). He held that where parts of a claim were for personal injury, but parts were not, the QOCS protection would not apply to the latter parts.

The Claimant was arrested and detained on suspicion of harassment. He was acquitted. He then brought a claim against the police for damages, including aggravated and exemplary damages, for assault, false imprisonment, misfeasance in public office and malicious prosecution, alleging that the police had provided manufactured evidence to the CPS. He claimed that he had suffered pain, distress, anxiety and loss of liberty, as well as soft tissue injuries to his hands and exacerbation of his paranoid schizophrenia. His claim was dismissed at trial.

The trial judge held that the claim was subject to QOCS, but that the defendant could rely on the exception in CPR 44.16(2)(b), that “a claim is made for the benefit of the claimant other than a claim to which this section applies”. Although badly drafted, that embraced proceedings which included a claim which was not for personal injury. He applied that to the allegations of misfeasance, to which the personal injury aspects of the case were merely ancillary; the claims for assault, false imprisonment, malicious prosecution and misfeasance in public office were not personal injury claims. His order permitted the Defendant to enforce the order for costs in its favour to the extent of 70%.

Morris J dismissed the Claimant’s argument on appeal, holding that for CPR 44.16(2)(b) to apply, there was no requirement that the personal and non-personal injury claims had to be divisible. It did not matter that the claims (some for personal injury, some not) were caused by the same breaches of duty.

This decision will therefore be very important in the situation I identified at the start of this article, where damages for personal injury are tacked on to what would not otherwise be a personal injury claim.

Another important recent decision, albeit at first instance, is that of Darini v Markerstudy Group, unreported, dealing with the possibility of a set off of costs orders in a case subject to QOCS. My colleague Roger Mallalieu acted for the successful Claimants on appeal.

In a personal injury claim, two costs orders were made:

(1)  the claim was discontinued, with the notice of continuance triggering a deemed costs order in favour of the defendant under CPR 38(6)(1);

(2)  the Defendant applied, unsuccessfully to set aside the notice of discontinuance. The Defendant was ordered to pay the Claimant’s costs of that application.

If made in isolation, the Defendant would not have been entitled to enforce the first order, because the Claimant had the benefit of QOCS protection for the personal injury claim.

By contrast, the Claimant would be able under the second order, if made in isolation, to recover the costs of the application from the Defendant.

The Defendant relied on the authorities permitting set off of costs orders in relation to legal aid, such as Lockley v National Blood Transfusion Service [1992] 1 WLR 492. However, on appeal, HHJ Dight concluded that there was no room for such a set off under the QOCS regime: in essence this was a self-contained set of rules, which only permitted certain specified exceptions to the QOCS protection whereby an order for costs could be enforced against a claimant; to permit a set off, would be to enable a defendant to “enforce” its costs order against a claimant in a way not provided for by the rules.

It might be said by some defendants that this achieves a one-sided result, by which the Claimant gets to have and eat his cake: he has no liability for costs of bringing a claim he discontinues, but also gets his costs of a related application by the defendant. However, in my view the decision is clearly correct, in step with other decisions regarding the civil procedure rules as creating a self-contained code, not subject to other common law principles: see, for instance, Gibbon v Manchester City Council [2010] 1 WLR 2081, holding that there is no scope for a doctrine of implied withdrawal of a Part 36 offer.

previous
Best price reasonably obtainable - what it means for receivers

next
A solicitor's duty to give commercial advice