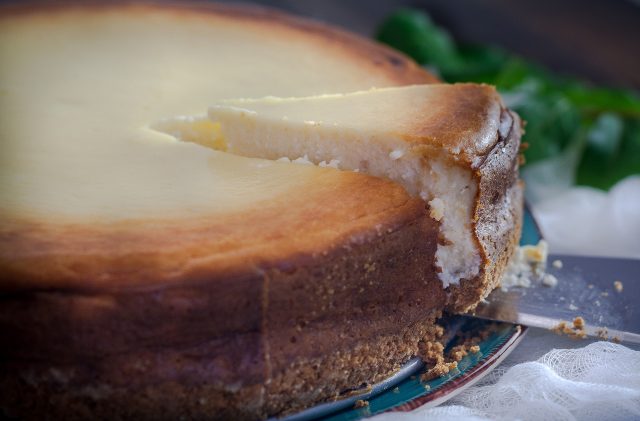 A recent example of such a non-party costs order being made was Excalibur Ventures LLC v Texas Keystone Inc [2017] 1 WLR 2221. What is more, the funders were ordered to pay costs on the indemnity basis, because of the conduct of the funded parties: the Court of Appeal held that the funders could not disassociate themselves from that conduct.

Normally the liability of the funders to pay such costs would be restricted to the amount of the “Arkin cap”, which derives from Arkin v Borchard Lines Ltd (Nos 2 and 3) [2005] 1 WLR 3055:

“We consider that a professional funder, who finances part of a claimant’s costs of litigation, should be potentially liable for the costs of the opposing party to the extent of the funding provided”.

Since funders may be held liable for costs at the end of the proceedings, there is now a jurisdiction in CPR 25.14 to order funders to provide security for costs. As noted by Sir Donald Rattee in Reeves v Sprecher [2007] EWHC 3226 (CH), that jurisdiction is relatively new and is ancillary to the power under section 51 of the Senior Courts Act 1981. An order may be made against a person who:

“has contributed or agreed to contribute to the claimant’s costs in return for a share of any money or property which the claimant may recover in the proceedings.”

This is a round up of some recent cases illuminating the CPR 25.14 jurisdiction.

In the RBS Rights Issue Litigation [2017] EWHC 1217 (Ch) Hildyard J set out the principles applicable to such applications for security for costs against commercial funders:

“The potential exposure of litigation funders to orders for costs against them at the end of the day does not, of course, of itself mean that an order for security for costs should be granted. At such an interlocutory stage the court must assess not only whether it is sufficiently clear that the criteria for the potential imposition of liability are fulfilled, but also whether there is a sufficient basis for interlocutory intervention. Of particular relevance in assessing whether an interlocutory order against a non-party under CPR 25.14(2)(b) to secure a contingent liability pursuant to Section 51 is appropriate and just will be:

(1)         Whether it is sufficiently clear that the non-party is to be treated as having in effect become in all but name a real party motivated to participate by its commercial interest in the litigation;

(2)         Whether there is a real risk of non-payment such that security against the contingent liability should be granted;

(3)         Whether there is a sufficient link between the funding and the costs for which recovery is sought to make it just for an order to be made;

(4)         Whether a risk of liability for costs has sufficiently been brought home to the non-party, either by express warning, or by reference to what a person in its position should be taken to appreciate as to the inherent risks;

(5)         Whether there are factors, including for example, delay in the making of an application for security or likely adverse effects such as to tip the overall balance against making an order.”

In an unreported decision in July 2017, In the matter of Hellas Telecommunications (Luxembourg) II SCA, Snowden J concluded that there was a power inherent or implied in CPR 25.14 to make orders so as to enable an effective application to be made under the provision, even where there was no pre-existing costs order against anyone in the proceedings. Having concluded that there were realistic grounds on which an application under r.25.14 might be made, and that such an application would have realistic prospects of success, an order was made requiring the claimants to disclose the identity of the funders and the details of the funding arrangements.

Litigation funders, like other claimants, may well wish to rely on an ATE policy as security.  A number of cases had previously looked at whether a policy could be considered an appropriate form of security, given the risks in any given case that the insurer might not pay out on the claim, particularly if there were allegations in the proceedings of dishonesty by the insured.

The Court of Appeal considered the issue fully (albeit not in an application concerning litigation funders) for the first time in Premier Motorauctions v Price Waterhouse Coopers LLP [2016] EWHC 2610 (Ch), with security being sought against the claimant insolvent company.

At first instance, Snowden J had dismissed the application for security, concluding that the company could rely on the ATE policy; he considered that the grounds for insurers to avoid the policy for non-disclosure or misrepresentation were merely theoretical, taking into account that the policy had been arranged by professional insolvency office-holders.

In the Court of Appeal the leading judgement was given by Longmore LJ. He noted that the court had not been provided with the placing information put before insurers, but considered that even if it had been, it was unlikely that the court could be satisfied that the prospect of avoidance was illusory. Although there was nothing in principle to stop a claimant relying on an ATE policy, it needed to be a properly drafted policy, noting that the policy which had been considered acceptable in Geophysical Service Centre v Dowell Schlumberger [2013] EWHC 147 (TCC) had contained an anti-avoidance provision which stated

“the insurer shall not be entitled to avoid this policy for non-disclosure or misrepresentation at the time of placement except where such non-disclosure was fraudulent on your part.”

So it seems that an ATE policy will generally only be acceptable if it contains an anti-avoidance provision (or is coupled with an indemnity to that effect).

Premier Motorauctions was followed by Bailey v GlaxoSmithKline UK Ltd [2017] EWHC 3195 (QB), in which Foskett J had to consider an application for security for costs against the Claimants’ funder, Managed Legal Solutions Limited. MLS relied on an ATE insurance policy obtained by the Claimants and on the fact that its own liability as a funder would be subject to the Arkin “cap” and therefore limited to the amount of the funding it had provided.

(a)       in this case the funder could not rely on the Arkin “cap” at the security for costs stage: the judge noted that there had been criticism of the decision in Arkin, such as by Sir Rupert Jackson in his Review of Civil Litigation Funding: Final Report (December 2009); he postulated that a successful challenge to Arkin might be made in the Court of Appeal it could not therefore be said with certainty that if an order for costs was made under s51 at the conclusion of the case, the funder would be able to rely on the Arkin “cap”;

(b)       having regard to the Court of Appeal decision in Premier Motorauctions, it was noted that the ATE policy did not contain an anti-avoidance provision; nevertheless the court could, at the security for costs stage, attribute some value to the ATE policy to take into account the likelihood that the policy would not be avoided. With the policy providing cover at £750,000, and assessing, in a very broad brush way, the risk of avoidance at 1/3, the judge reduced the amount of security which was to be ordered by £500,000.

In December I was instructed, with Nicholas Bacon QC, in the substantive hearing of the security for costs application against funders in Hellas Telecommunications. The application was again heard by Snowden J. In this case the application was ultimately resolved by agreement, so a ruling was not required, but the submissions and discussions in court indicate some issues which are likely to be explored in future cases:

(a)       what type of funding arrangement is caught by CR 25.14? The funder must have contributed to the claimant’s costs “in return for a share of any money or property which the claimant may recover in the proceedings”, but what is meant by a “share” here? At one end of the spectrum, this requirement will plainly be met where the funder is to receive a fraction or percentage of the proceeds. At the other end of the spectrum, it seems to be generally recognised that that a bank which simply makes a loan to a claimant subject to a normal commercial rate of interest would not be caught by this provision. But how will cases be determined where the funding arrangements fall somewhere between those two extremes – how does the payment to the funder following settlement or judgment have to be related to the proceeds in order for the funding arrangement to be caught? Does a “share” have to be expressed as some sort of proportional share, or can it be any amount which comes out of the damages?

(b)       is the Arkin “cap” to be taken into account at the security for costs stage? In Bailey, concerns had been raised by the applicant about the funder, which was not a member of the Association of Litigation Funders, and whose key shareholder had previously been convicted of serious dishonesty; in future cases, where such factors are not present, it may be possible still to argue that the amount of security should be limited by the cap;

(c)       can it really be right that at the security for costs stage it is possible to attribute some partial value to an ATE policy to take into account the risk of the policy being avoided, when in reality the value will turn out either to be zero of the policy is avoided or 100% if it is not?

A version of this article first appeared in the Law Society Gazette’s Litigation Funding Magazine.

previous
Legal costs and cashflow: payments on account of costs

next
solicitors successfully resist disclosure of files in costs proceedings