This article on Default Costs Certificates and Interim Costs Certificates supplements another article on payments on account of costs . In that  article I have explained the procedure by which a successful party who is awarded costs in litigation may obtain a  payment on account of costs under CPR 44.2(8), until the total amount of the costs to be paid has been determined by a detailed assessment.

It is not always possible to obtain a payment on account of costs. One such situation was highlighted in the recent case of Finnegan v Spiers [2018] EWHC 3064. Birss J held that when a Part 36 offer has been accepted, a deemed costs order arises, and there is no scope for a payment on account to be ordered, since the deemed order did not satisfy the requirement in CPR 44.2(8) “Where the court orders a party to pay costs subject to detailed assessment”.

Default Costs Certificates and Interim Costs Certificates provide further mechanisms by which the party which has been awarded costs (“the receiving party”) may obtain payment of all or part of those costs before the conclusion of a completed detailed assessment.

The detailed assessment is started by the receiving party serving a Notice of Commencement in Form N252, with a copy of the bill of costs and, if a costs management order has been made, a breakdown of the costs claimed for each phase of the budget: see CPR 47.6.

The mechanism of a Default Costs Certificate under CPR 47.11 is somewhat similar to that of the default judgment under CPR Part 12. The Notice of Commencement gives the paying party 21 days to respond by serving Points of Dispute, as specified by CPR 47.9. If the paying party does not comply with that deadline (or any extended deadline agreed by the parties) there are 2 potential consequences:

It is up to the receiving party to apply to the court for a Default Costs Certificate. The procedure is set out in paragraph 10 of Practice Direction 47. It files a request at court in form N254, accompanied by a copy of the document giving the right to detailed assessment.

Setting aside the Default Costs Certificate

Once a Default Costs Certificate has been issued, the paying party may be able to apply to set it aside. Under CPR 47.12(1), the court must set it aside if the receiving party was not entitled to it (for instance if it was issued less than 21 days after the Notice of Commencement). In any other case, under 47.12(1) the court may set aside the Default Costs Certificate “if it appears to the court that there is some good reason why the detailed assessment proceedings should continue.”

There are some important requirements for making an application to set aside a Default Costs Certificate, set out in Practice Direction 47, at paragraph 11:

In determining whether there is a good reason to set aside the Default Costs Certificate, the court will apply the 3 stage test in Denton v T White [2014] EWCA Civ 906 which is engaged on applications for relief from sanctions, namely:

It should be noted that one High Court Judge has recently doubted whether the need to apply for relief from sanctions in engaged, in the analogous situation of an application to set aside a default judgment: Cunico Resources v Daskalakis [2018] EWHC 3382 (Comm)

A factor which will undoubtedly be significant is the court’s view of the strength of the paying party’s potential challenge to the bill of costs, so it is vital that well prepared Points of Dispute are filed with the application, to show that the paying party is serious about challenging the bill and could expect to achieve substantial reductions on the amounts claimed.

The promptness of the application is expressly listed as a factor which must be considered. It ca be determinative, as emphasised by a recent case in which I acted for the applicants, Kavuma v Hunt [2018] 12 WLUK 119. 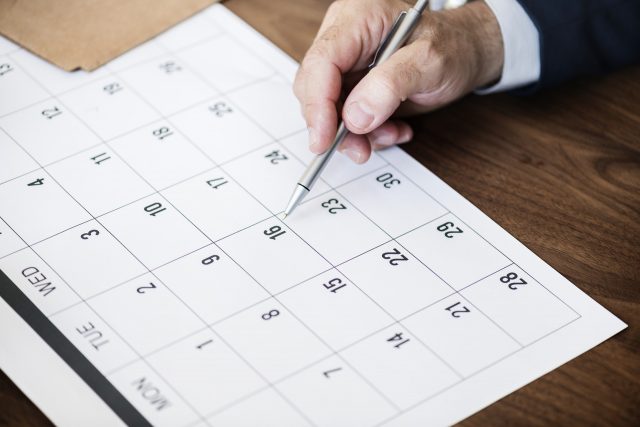 The chronology was as follows. On 15 December 2017 trustee in bankruptcy served on the Kavumas a Notice of Commencement for the assessment of the costs of the proceedings. The notice included a bill of costs for £293,000 and provided that the applicants serve points of dispute by 8 January 2018. Around that time, Mr and Mrs Kavuma’s son was dangerously ill in a Scottish hospital with leukaemia and the applicants were granted an extension of time for serving Points of Dispute to 2 March. They failed to serve Points of Dispute and on 6 April the Trustee obtained a default costs certificate for the full amount claimed. In May the Trustee obtained interim charging orders against the Kavumas and a writ of possession in respect of the property. On 1 June the son died from leukaemia. In July the charging orders were made final. On 8 August the applicants obtained a stay of the enforcement of the final charging orders which was granted on the basis that Points of Dispute were finally served and an application was made to set aside the Default Costs Certificate by 22 August. On 16 August the Kavumas applied to stay the possession order, which was dismissed by the court as totally without merit, and on 22 August unsuccessfully applied to set aside the final charging order. The application to set aside the Default Costs Certificate was made on 26 October, supported by a witness statement with Points of Dispute.

If the paying party does serve Points of Dispute, the next potential option for the receiving party is to apply for an Interim Costs Certificate.

This is governed by CPR 47.16. An Interim Costs Certificate is one which orders the paying party to pay an amount of costs and is issue before the Final Costs Certificate – which is issued at the conclusion of the proceedings.

A recent decision of Master Leonard in Warren v Hill Dickinson [2019] 1 WLUK 182 is helpful in confirming that:

previous
Part 36 offers: what type of settlement offer should I make?

next
Deliberate concealment in limitation