WHY NOT HIRE A MCKENZIE FRIEND INSTEAD OF A DIRECT ACCESS BARRISTER?

Members of the public can now instruct a barrister for their case without needing to go through a solicitor. This can lead to a substantial saving in legal fees: you can read more here https://verycivilbarrister.co.uk/direct-access.

What is a McKenzie Friend?

The name derives from a legal case called McKenzie v McKenzie [1970] 3 WLR 472. It was a divorce case, hence both parties having the same name. The husband was unable to afford to continue using solicitors, so the solicitors, for free, sent a Mr Hangar to represent him in court. Mr Hangar was not entitled to practice as a lawyer in England – in fact he was a barrister qualified in Australia.

The court refused to allow Mr Hangar to assist Mr McKenzie in court, and insisted upon him sitting only in the public 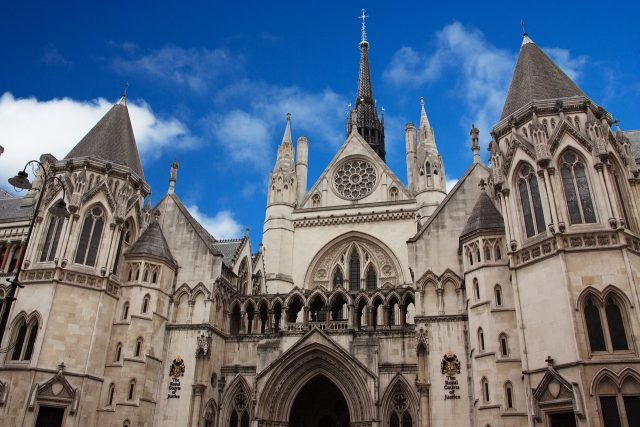 As a postscript, I note that the Mr Hangar went on to be appointed a Queen’s Counsel in Queensland, Australia, so it can be imagined that he might have been able to give some very useful assistance.

It is often forgotten, but the Court of Appeal had in mind a particular kind of assistance, not the sort of service which a solicitor advocate or barrister would normally provide at court:

Mr. Hangar was not there to take part in the proceedings in any sort of way. He was merely there to prompt and to make suggestions to the husband in the conduct of his case, the calling of his witnesses and, perhaps more importantly, on the very critical and difficult questions of fact in this case, to assist him by making suggestions as to the cross-examination of the wife and her witnesses.

The Court based its decision on an ancient 1831 case of Collier v Hicks, in which Lord Tenterden CJ had decided that assistance had wrongly been denied to an accused in the Magistrates Court:

Any person, whether he be a professional man or not, may attend as a friend of either party, may take notes, may quietly make suggestions, and give advice; but no one can demand to take part in the proceedings as an advocate, contrary to the regulations of the court as settled by the discretion of the justices.

It has been several years since I have been in court for a case where a McKenzie Friend was present, but my experience certainly used to be that judges were fairly lenient about allowing them to go beyond their strict role and to conduct the advocacy. They took the view, presumably, as I did, that the issue was not worth taking time arguing about, and that the McKenzie friend might present the case with less disruption than the unprepared client himself or herself.

The practice of the courts has been governed since 2010 by Guidance issued by the Master of the Rolls and the President of the Family Division: Practice Guidance: McKenzie Friends (Civil and Family Courts). This specifies in relation to McKenzie Friends (“MFs”):

What McKenzie Friends may do

MFs may: i) provide moral support for litigants; ii) take notes; iii) help with case papers; iii) quietly give advice on any aspect of the conduct of the case.

What McKenzie Friends may not do

MFs may not: i) act as the litigants’ agent in relation to the proceedings; ii) manage litigants’ cases outside court, for example by signing court documents; or iii) address the court, make oral submissions or examine witnesses.

The Guidance also provides that the Court may refuse to allow a party to be represented by a McKenzie Friend:

A litigant may be denied the assistance of a MF because its provision might undermine or has undermined the efficient administration of justice. Examples of circumstances where this might arise are: i) the assistance is being provided for an improper purpose; ii) the assistance is unreasonable in nature or degree; iii) the MF is subject to a civil proceedings order or a civil restraint order; iv) the MF is using the litigant as a puppet; v) the MF is directly or indirectly conducting the litigation; vi) the court is not satisfied that the MF fully understands the duty of confidentiality.

The Guidance emphasises that a McKenzie Friend does not have the right to conduct the litigation or, unless specifically granted by the court, rights of audience (the right to present the case orally in court):

MFs do not have a right of audience or a right to conduct litigation. It is a criminal offence to exercise rights of audience or to conduct litigation unless properly qualified and authorised to do so by an appropriate regulatory body or, in the case of an otherwise unqualified or unauthorised individual (i.e., a lay individual including a MF), the court grants such rights on a case-by-case basis.

Courts should be slow to grant any application from a litigant for a right of audience or a right to conduct litigation to any lay person, including a MF. This is because a person exercising such rights must ordinarily be properly trained, be under professional discipline (including an obligation to insure against liability for negligence) and be subject to an overriding duty to the court. These requirements are necessary for the protection of all parties to litigation and are essential to the proper administration of justice.

McKenzie Friends in the news

I was prompted to write this article by the fact that McKenzie Friends have recently been in the news – well, the legal news at least.

First, a High Court Judge, Mrs Justice Asplin, was asked by the Lord Chief Justice and the Judicial Executive Board in 2016 to convene a working group to consider the noted increase in “Professional McKenzie Friends” who charge for their services, and to suggest possible reform to the 2010 Guidance. The working group produced recommendations, which were then used as the basis for a consultation. The recommendations, on which consultation was sought, included:

An update this month, September 2017, noted that a large number of responses was received to the consultation, so that the Judicial Executive Board has decided to establish a further judicial working group to review the original proposals. I speculate that, in particular, the proposal to ban payment of McKenzie Friends will have generated strongly opposed views, given the differing interests involved.

Secondly, a number of instances of disgraceful conduct by McKenzie Friends have recently been reported (the details of these cases appear on the Law Society Gazette’s website):

Finally, in another 2017 case, LFL v LSL (McKenzie Friends: breach of court orders) [2017] EWFC B62, a District Judge in Basingstoke published his reasons for excluding a McKenzie Friend from a hearing. He recorded that:

At the lunchtime adjournment, there was an outburst from her, during which she would not leave the court and threatened complaints against me, the solicitor for the wife and criminal sanctions against the wife. In consequence of her outburst, which was the last in a series of interruptions, I decided that her conduct disrupted the proceedings and I excluded her from the courtroom for the rest of the hearing.

I must emphasise that I am not suggesting that these awful cases are in any way typical, and I am sure that they will have been horrifying to all the other well-intentioned and hardworking McKenzie Friends, who should not be tarred with the same brush. Many litigants in person, otherwise facing court proceedings with considerable trepidation, justifiably say that they received assistance from a McKenzie Friend which they found to be invaluable.

It is also right to point out that instances of egregious misconduct by barristers do sometimes come to light, although given the size of the Bar, and the huge number of cases in which barristers act, these instances are vanishingly rare.

So why hire a McKenzie Friend?

If you instruct a barrister, whether through a solicitor or on a direct access basis:

Looking online, I can see that there are organisations offering the services of McKenzie friends, subject to voluntary self-regulation and requiring their members to have been vetted, hold some qualifications, obtain insurance and comply with court rules and good practice. Those may be positive steps, but I cannot see that they come close to providing the level of comfort and protection afforded to consumers who instruct barristers, or indeed solicitors.

It is readily apparent that McKenzie Friends are offering legal advice and skilled services, such as drafting court documents and negotiating settlements. One often comes across people such as McKenzie Friends or serial litigants in person who have spent considerable time in court and so have picked up quite a bit of the legal language and terminology, as well as familiarity with some of the common procedures. They can seem very much at home in the court environment, and to a lay person they must look and sound the part. The problem is that the law can be complicated and sometimes, like Donald Rumsfield, you don’t know what it is that you don’t know. Getting it 90% right is not good enough, because the 10% can make all the difference. It can very costly if something goes wrong. In short, I have witnessed in court many times the truth of the maxim that a little bit of knowledge can be a very dangerous thing.

It might be thought that hiring the services of a Mckenzie Friend will be cheaper, but that certainly need not be the case. Looking online, it can be seen that there are McKenzie friends charging more than £50 plus VAT per hour. Depending on the requirements of your particular case, very junior barristers are likely to be available at extremely modest rates, close to or even below that of such McKenzie Friends. And crucially, whereas a McKenzie Friend (unless permitted by the court to speak) is only there to give you support and practical assistance in presenting your own case, a barrister can give you objective legal advice on your position and will conduct the hearing for you.

Because of the scarce availability of legal aid, litigants will continue to use McKenzie Friends even if they come to be called something else, and whether or not a ban on payment is introduced. In many cases that will work out fine for the litigants. But why take the chance, when you do not need to?

next
Relief from sanctions and court correspondence